I am an emeritus professor at both University Pennsylvania, USA and McMaster University, Canada. I am a neonatal physician trained from medical school to advanced fellow status in the UK; with further training at Toronto Hospital Sick Children, Canada. I am MSc qualified in Clinical Epidemiology (McMaster University). At McMaster University, I helped establish the Neonatal Research group out of the Department of Clinical Epidemiology & Biostatistics (led and co-founded by myself, Barbara Schmidt, and Robin Roberts). Since 2007 I worked mainly in the USA at The Children’s Hospital of Philadelphia. I was the founding Director of the Chronic Lung Disease Program at Children’s Hospital of Philadelphia. I am committed to mentoring junior researchers and clinicians. I was fortunate to receive several teaching and mentoring awards – the last being in 2015 – an award for Junior Faculty mentoring at Children’s Hospital Philadelphia. I have been involved with randomized controlled trials (RCT) in either the neonatal ICU or the pediatric ICU since 1985. This involvement includes service on several data safety monitoring committees for RCTs. I remain a passionate advocate of Evidence Based Medicine in neonatal trials, which I interpret as an imperative to have more high quality randomized evidence of therapies in the NICU. I was on the foundation editorial founding board of an international organization “Evidence Based Neonatology” (https://ebneo.org/).

I was the PI of a multi-national trial on the effects of Sustained Inflation in the delivery room in preterms (Sustained Aeration of Infant Lungs (SAIL) trial: study protocol for a randomized controlled trial). This is now published JAMA 2019 (see below), and has explicitly informed and been quoted by the most recent European Guidelines for resuscitation. I was also the PI of the Preterms In Need of Transfusion (PINT) study, funded by the CIHR. This was the largest neonatal RCT to examine whether random allocation to two different hemoglobin thresholds affect clinically relevant neonatal outcomes in infants with birth weights <1000 g. A further CIHR funded project (PINT-Outcome Study) followed these infants to 24 months to assess longer term outcomes. The PINT-Outcome trial, in secondary post-hoc analyses, showed a possible benefit to a higher hemoglobin regimen. That set the stage for the large trial “Transfusion of Prematurity (TOP trial). I was the contact PI of the TOP trial, funded by NHLBI to randomize 1824 babies <1000 g BW to high or low hemoglobin transfusion thresholds. TOP had a primary outcomes of death or neurodevelopment by 2 years of age. The TOP trial was published in the NEJM as listed below. 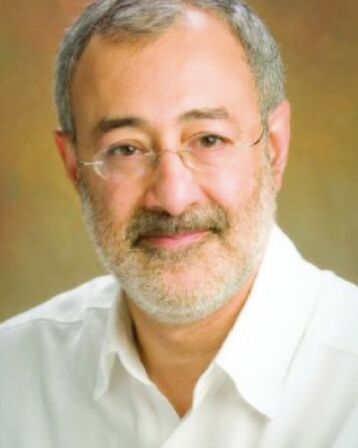